No items found.
Product is not available in this quantity.

What is Platinum Used For?

Platinum is one of the most precious metals we buy and sell at AU Precious Metals. 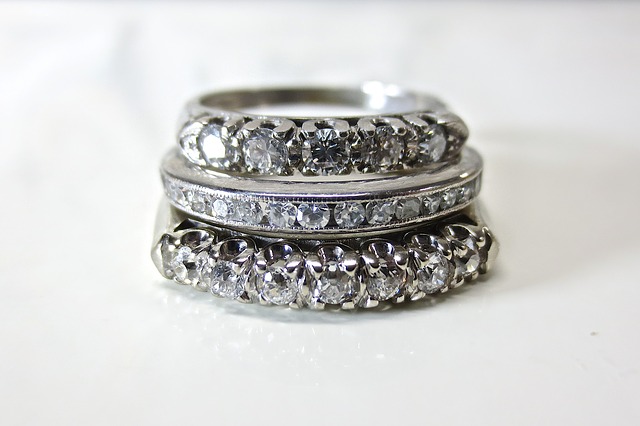 Because of how few times platinum metals have been mined over the years, it is one of the most precious metals we buy and sell at AU Precious Metals.

We will be covering the uses of platinum metal, including how it is used in humans and what proportion of platinum production is used annually by platinum demand sectors.

Platinum is currently cheaper than gold, which has been true for more than 110 years. But platinum supplies above ground are dwarfed in physical gold supplies. So you will see why we still believe platinum to be the most valuable long-term precious metal today.

Platinum has a high melting point of 3,215°F (1,768°C) and is a relatively new member of the financial markets (compared to silver and gold). Additionally, Platinum was discarded for its difficulty in use and high melting point for a long time.

It was not long ago that 17th Century Spanish conquistadors couldn't even set fires hot enough to melt platinum ore. They could also not isolate and determine platinum's intrinsic value propositions. Latin American silver and Spanish new world gold miners saw platinum as a nuisance.

It is a byproduct from South Africa's nickel and copper mines (where 70% of all new line platinum supply comes from).

Platinum derives its name from the Spanish "Platino," which means "little silver." It is a hard, dense, and white valuable metal that can be used for many purposes.

There are many uses for platinum, with more than 25 industrial uses, including:

The US Department of the Interior has explicitly stated that the critical role of platinum group metals in US national security is extremely important and is deemed 1/35 critical resources.

Air pollution is a growing environmental concern as the number of cars on the roads worldwide continues to increase. However, the primary means of reducing greenhouse gas emissions have been platinum and palladium. Modern automobiles have a catalytic converter that converts over 90% of the harmful elements from gasoline engines, such as carbon monoxide, hydrocarbons, and nitrogen oxides, into less toxic carbon dioxide, water vapor, and nitrogen.

Recorded data shows that nearly 3 million troy-ounces or 93 tons of physical platinum were used to make car catalytic converters in 2017, 43% of all platinum mined that year.

Uses of platinum in jewelry

Platinum is the least reactive precious metal. It is well-known for its resistance against corrosion and tarnishing in the open air. Additionally, it is also resistant to oxidation at all temperatures. It is a highly malleable and ductile precious metal with a silvery sheen.

Platinum is known as a "noble metal" because it resists chemical action, doesn't corrode and is not easily harmed by acids. Even the smallest pieces of platinum can be solid and durable.

Pure platinum is slightly harder than pure iron and doesn't wear out or warp easily.

Platinum alloy jewelry is an excellent choice for setting up diamonds because it retains its form. It can be used in diamond earrings, rings, pendants, bracelets, necklaces, etc. They are all prevalent, especially in eastern countries.

Platinum use in Petrochemicals

Platinum is commonly used in the form of a catalyst in chemical reactions as a powder. These platinum electrodes are used in many processes of electrochemistry. They are usually coated with platinum black (Pt black or powdered platinum). The platinized platinum produces better results than pure platinum .999 with an inapplicable platinum-based chemical reaction.

Platinum investing is relatively new, as platinum price discovery on the NYMEX only recently started in the 1970s. Platinum bars and coins are rarer than gold and silver. However, platinum bullion coins, bars, and platinum ingots (an old English term for platinum bars) are all traded or collected around the globe.

These products are sold in smaller quantities than other precious metal bullion products made from gold or silver.

About 1/5th of all manufactured products we use today contain platinum or require platinum in some part of their manufacturing. Like gold, silver, and copper, Platinum has a limited supply that could run out in a few decades. This is based on the increasing demand for platinum and other crucial commodities at these price points. Because platinum has a thermal coefficient of expansion almost equal to glass, it is used for sealing the glass electrodes. You can use platinum in low voltage electrical contacts or electrical resistance wires. Also, it is often mixed with cobalt to create strong permanent magnets. Today, platinum is also used as a resistance temperature detector (RTD) widely used to measure industrial temperatures.

Platinum catalysts make nitric acids, which is the raw material for fertilizers or military explosives. This is why the US Department of the Interior considers platinum a National Security Critical element.

Platinum may be required for the manufacturing of specialty silicones. This is because it is highly durable, waterproof, and electrically insulating. In addition, platinum can be used as a removable coating on sticky labels paper or release paper for pre-baked goods.

Implants such as pacemakers or replacement valves are made from platinum alloy.

Certain types of cancer can be treated with platinum compounds, such as cisplatin. It is also found in laboratory equipment, dental prostheses, and other medical and surgical equipment.

The FDA approved platinum use because it didn't find any evidence of toxic effects.

Platinum is often used in turbine engines for planes.

Many computer hard drives contain platinum in their magnetic layers. Hard disk drives can be found in televisions and other home entertainment systems, such as video games consoles and TVs. The disk size has been reduced by using platinum. The data-storing capacity of platinum applications has also been improved by using it.

The optical fibers and liquid display glass of laptops are made up of platinum.

In cell phone circuits, there are also trace amounts of platinum.

The fuel cells could be made of platinum, which could help to replace existing battery applications.

This was a brief overview of the current real-world applications for platinum and platinum-based manufacturing and should help answer "what is platinum used for." Platinum is an extremely rare metal and widely-used resource found in many forms.

The price of platinum used in investments, adornment, and pollution control will only increase over the coming decade, even with how little physical platinum exists on Earth.