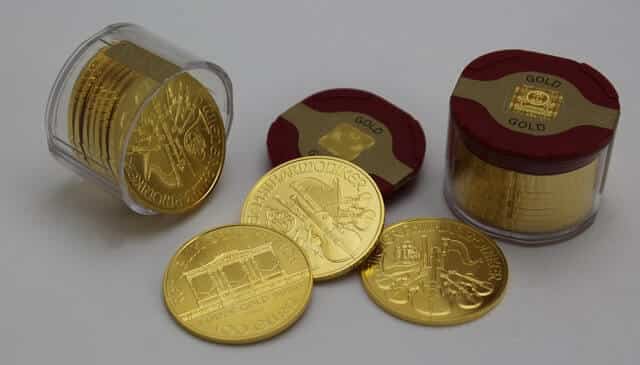 Gold fever has occurred many times in history. Explorers searching the Americas often spotted a shiny, yellow substance in rivers and thought that they had discovered unbelievable riches. However, many of the explorers were simply holding pyrite, which can be found alongside real gold and has a similar metallic color. Unlike its rare and valuable counterpart, however, fool’s gold is common and much less desirable. It is often known as fool’s gold but also called iron pyrite or iron sulfide.

Beyond the difference in monetary value, the two substances are fundamentally different. Real gold is a mineral made up of only gold atoms. Pyrite, however, is a compound made up of iron and sulfur atoms, also known as iron sulfide. It is also sometimes used as the name for a group of minerals that form compounds with sulfides. This is a group of substances that contain the element sulfur. However, fool’s gold is only one member of the sulfide minerals. The term iron pyrite sometimes is used to clarify that someone is referring to the mineral pyrite, not the entire group of sulfide mineral compounds.

Although both substances look quite similar at first glance, they have many differences that make it possible to tell them apart if one knows what they are looking for. That’s why pyrite is called fool’s gold – to people that know both their properties well, only a fool could mistake pyrite for the real thing. There are some ways to tell them apart visually, without manipulating the substances. These are less invasive and don’t carry the risk of potentially damaging or reducing the value of the unknown rock. The other tests, while more definitive, carry the risk of damaging or changing the shape of the specimen. For example, in modern-day commercial applications, gold and pyrite are heated up to high temperatures and submerged in acid. This is effective because while fool’s gold dissolves in acid, gold does not. Obviously, not everyone would be comfortable with such an extreme treatment.

Pickers, Quartz, and Angles: The starkest difference between real and fool’s gold is their shape. This is most obvious when comparing a gold nugget and a chunk of pyrite. A chunk of pyrite has sharp edges. It is usually made up of crystals with geometric faces. The crystals also often have striations, or parallel lines running across each face. When it breaks, it separates into layers or grains that have the same geometric faces. Gold’s shape is usually different. It can be found in different forms but generally  as nuggets, which have rounder soft edges. It can also be found as flakes,or round, smooth grains. Occasionally, it occurs in crystalline form. These are rare and highly desirable. However, its crystalline structure might make it easily dismissed as pyrite at first. Therefore, people should examine a specimen they suspect to be crystalline gold closely for other distinguishing features.

Color: Although gold and fool’s gold are both metallic and yellowish, they are different shades of yellow. Real gold is a bright shade of yellow, whereas pyrite is a more brassy yellow. Fool’s gold is also susceptible to tarnishing, which renders the surface an even duller, brassy color.

Hardness: Gold is much softer than pyrite. A good way to test whether or not a mineral is a piece of pyrite is to do a scratch test on a substance that is harder than gold but softer than pyrite, such as copper. While pyrite will leave a scratch on the copper, it’s more valuable counterpart will not. However, use this test with caution, because a nugget of the golden metal might be damaged by the copper. It is also noticeably heavier and denser – in fact, it is one of the heaviest metals. While pyrite might float in water, it will definitely not.

Slate and Testing Acid: Another test is to see what kind of residue the mineral leaves, also known as a streak test. An ideal surface would be a piece of slate , but any surface that can be marked could work. If the unknown substance is real gold, then rubbing the specimen across the surface should leave a bright yellow residue.  Testing with acid is another way to see if you have gold. After you’ve done the streak test apply nitric acid to the streak, if the streak still remains your rock is gold. If the unknown mineral is pyrite, then the residue left would be greenish-black and powdery. If the surface isn’t clear enough for a streak test, the tester could also smell the part of the mineral that has been rubbed against the surface. Gold will have no odor. However, because pyrite is iron sulfide, it has sulfur atoms in its composition. A piece of pyrite that has been rubbed against a hard object will have a sulfurous odor, i.e., a rotten egg smell.

Malleability/Ductility: Real gold is very soft and malleable. If a pin is pressed into a chunk of it, it will bend or dent. If it is hit with a steel hammer, it will flatten without breaking. It is also soft enough to be cut with a knife. On the other hand, fool’s gold is more hard and brittle. Pressing a pin to pyrite will not bend the rock, but could shatter it if enough force is applied. Hitting a piece of pyrite with a steel hammer will give off sparks due to the presence of iron in its composition. It also cannot be scratched or cut. However, keep in mind that there is a similar-looking material called chalcopyrite, which is a copper iron sulfide mineral. It is also a bronze-yellow color. However, it is softer than pyrite and can be scratched with a knife.